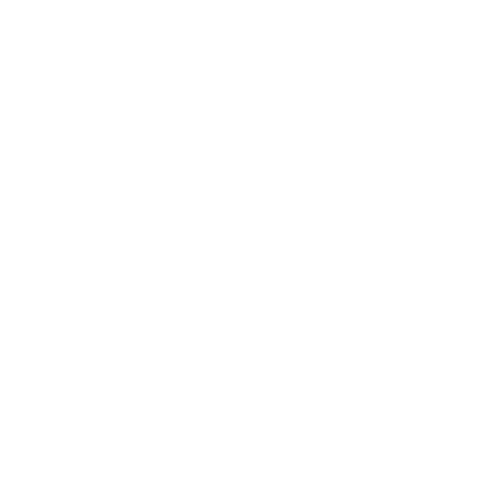 PRICES———
$8.00 USD per 500 wordsAddons—
+$2.00 USD per extra character per 500 words. No more than three characters per 500 words.You will not be charged for additional words beyond the minimum specified wordcount unless your commission request is not possible to complete within the wordcount requested. Necessary deviations from the initial brief will be discussed.Commissioned work will come with a complimentary 100x100 cover icon.

Please click each image to be directed to the published literature on Toyhou.se. You will need a Toyhou.se account to view them.

Other Commissions—
Character Blurb ($6.00 USD, +$3.00 USD per extra 250 words)
Given a few keywords or details, I will write 250-500 words about your character. This is meant to help you flesh out characters that do not have solidified personalities and/or backstories.

PROCESS———
To request a commission, please send me a private message on Discord. Please include your PayPal email for invoicing purposes.Include the following information for regular commissions; relevant reference(s), a brief description of character personality, prompt to meet, minimum wordcount requested, and any special requirements.Include the following information for character blurbs; relevant reference(s), 3-5 keywords or details, and minimum wordcount requested.Please wait 2-3 business days for a response. If I have not responded within 2-3 business days, please feel free to send a follow-up message.Accepted commissions will receive a message from me to confirm the details and request any clarification necessary. After confirmation, a PayPal invoice will be sent to the email provided. Work will not begin until after payment has been received in full.Due to the nature of written work, it is difficult to provide intermediary progress. Previews may be provided upon request.Commissioned work will be posted to my Toyhou.se account with appropriate character links where possible unless a private commission has been requested.

CHARACTER BLURB EXAMPLES
Arkeos———
Information provided:
He's a grumpy seer who lives in a very fancy cave in the side of one of the southern mountain, very hermitish

RESULT———
483 words
A learned seer, Arkeos was once one of the brightest students at Asterfall, making great strides in the research of scrying magics. After his graduation, he became a professor for several years, passing on his knowledge and continuing his further studies on the side, but it seemed that, with every passing year, he grew more irascible, until finally the faculty of Asterfall had no choice but to dismiss him. Those who know him will argue that he was neither cruel nor unjust, but it was clear to both the faculty of Asterfall and Arkeos himself that his professorial days were past. He took his dismissal with his fair share of bitterness, although that bitterness has mellowed over the years; he now looks back on those days and knows that he was struggling to balance what was—a perfect pupil, a brilliant professor—and what should have been. Like a candle at the end of its wick, he who had shone so brightly was now only ash and smoke.His erstwhile mentor gave him advice that sent him away from Asterfall, roaming Bellacoste with no true destination in mind, freed of expectations and the burden of reputation. Arkeos managed to find himself again as the days blended together, finding peace in the harsh solitude of the road. He found his voice—or rather, his silence. No longer bound to explain himself to others, he spoke little during this interlude, letting the tight knot of frustration and nameless agony bound tight in his chest dissolve like frost in the morning sunlight. He would never exude warmth and welcome, and he made his peace with that, too. What need had he of warmth and welcome when he preferred to be alone?Eventually, his wanderings took him home. Not to Asterfall, but to the mountains of Snowhurst, to a sheltered little cave that was all but inaccessible. He carved footholds into the mountain and disguised them with illusion, drew a false curtain of snow down over the mouth of his new home, and there he lives still, grown old and eccentric now, but at peace with himself at last. He Sees what he wishes to See, and does as he wishes to do, on his own time. There is nolon around to question his strange mutterings and scribbled spellwork, nolon to interrupt his studies. Occasionally, you will see footprints in the snow, and you will know he was there—but seeking him out and finding him are two entirely different things. Those who have begged advice from him know that he knew, sometimes long before they did, what they needed, and that they would come to him, shivering in the bitter cold, lost amid the peaks. They can never tell you quite where he came from, only that he materialized without warning, spat his riddles at them, and vanished.His words, however convoluted, are always proven true.

RESULT
350 words
Travelers through Snowhurst are always reminded that the mountains can be inhospitable and dangerous, particularly in winter when the snows are deep and the days are short. Safe routes may be cut off by avalanches; the enchanted torches that burn, night and day, to illuminate the way may be knocked awry by the howling winds of an unexpected blizzard. More than one party has become lost, struggling with injury or lack of supplies. Luckily for them, there are groups dedicated to the tracking and rescue of such wayward travelers; posted in almost every village dotting the Snowhurst mountains, these hardy Bellacostians fight their way through the elements on rescue missions, working together to ensure everylon reaches warmth, shelter, and safety as soon as possible.Lumiette is one such rescuer. The cheerful jingling of her horns heralds her approach, as do the many lights that orbit her like so many butterflies when she is on a search. Many travelers in Snowhurst view her as a sort of good luck charm; wherever Lumiette's bells are heard, safety is close at hand. Having been a lost and weary traveler many times before, Lumiette knows that even the best navigator can get turned around, and there is no shame in it. This is why she marks her trail with lights, for herself and anylon who might come after her, pointing the way in glowing gold runes. Carrying warming potions and enchanted bandages, along with an oil lamp for when light without fire isn't enough, Lumiette and her companions have trudged through more blizzards than any pouflon should have, and come out the other side victorious. In those long, exhausting hours, it is Lumiette's voice that carries them, lifting their spirits as she sings, punctuating her songs with the jingling of her own bells. She says it helps keep her warm, and certainly she is always the last to complain of the cold, even when her black fur turns white under all the snow. She does her best not to disappear, but sometimes all you'll see is glowing gold pieces of her in the snow.

Keyword Profiles
1. researcher, driven, glowworm caves
2. caregiver, kind, gentle
3. mycologist, mute, unassuming
4. pyrotechnics, flirt, tragedy> Commissioner Choice: 4Character Briefs
1. Makes pyrotechnics, likes being a little sooty and dirty, got her heart broken years ago, doles out (good) relationship advice and flirtatious remarks. Likes smoky black teas.2. Deaf due to childhood accident, never claimed as a bloom, arranges & sets off fireworks shows, unconscious flirt with lots of admirers but only a handful of true friends. Uses magic to project "written" thoughts to communicate with others.3. Magic firework shows (no sound or actual explosions), performer with a troupe, running from something or someone. An informant for Valhira.> Commissioner Choice: 3RESULT
317 words
Step outside into the balmy summer evening and one might hear the faint strains of music, the sounds of faraway laughter. Situated outside the boundaries of town, the Nightflower Circus seems to appear and disappear without warning. Flyers advertising the circus are found scattered in the trampled grass, ticket stubs and crumpled programs ground into the dirt, but they never seem to arrive before the circus does.Step inside, purchase a ticket, and watch as performers fling themselves across the sky, performing aerial acrobatics that leave the audience gasping with every near miss; buy twists of paper filled with candied nuts or chocolate drops to munch on while you wander among the brightly colored stalls. The circus is only open after sunset, in the dim blue light of twilight, but it glows with an almost feverish light, gold and orange and pink and purple. Time is elusive, a slippery thing marked only by the changing of performers; aerial acrobatics give way to blade dancers, who in turn give way to a pair of shapeshifters that put on a play, performing every role themselves.And after the shapeshifters come the fireworks, soundless, heatless bursts of light and color coming faster and faster, overwhelming and beautiful in its frenetic, blinding glory. It's strange to think that all that light and color, all that magic, comes from one pouflon, a dark, quiet performer who hides in the shadows, leaving her art to speak on her behalf. She draws pictures in the sky with sparkling light, blinding her audience just as the moon reaches its zenith, turning night to false day for a few dazzling moments.As they blink away the stars in their eyes, she watches, gauging their reactions, determining their identities. Some come to the circus for entertainment; others come to make deals in the dark shadows between tents. Celandine seeks the latter, desirous of the coin of information.

PAYMENT———All sales are final. Payment is due upfront, billed via PayPal invoice; invoices must be paid in full within 24 hours of receipt unless previously agreed upon by both parties.Commissioners must be of legal age to use PayPal's services.No refunds will be issued after delivery. Cancellations may be eligible for refund if I have not begun working on your commission.THEMES———
I choose not to accept any commissions that involve horror, gore, sexual themes, violence, or abuse.RIGHTS———By commissioning me, you are purchasing my labor only. I retain all rights to my work, including but not limited to advertising and self-promotion. For private commissions, please notify me in advance.Commissioned work may be used by the commissioner for personal use, including reposting work. All work posted must include credit.You may not claim commissioned work as your own or edit it in any way. If there are errors, please notify me and I will correct them.You may not resell commissioned work directly. When selling character(s) featured in commissioned work, you may include the commissioned work and add the value of the commission(s) to the final sale price.You may not use commissioned work for Non-Fungible Tokens (NFTs), cryptocurrency, blockchain technology, or advertisement of the same.COMMERCIAL USE———
Commissioned work may not be used for commercial purposes unless discussed and agreed upon in advance. Commercial usage rights will incur an additional fee. For commercial usage inquiries, please send me an email.I reserve the right to approve or decline a request for commercial usage at my discretion. Commercial usage rights will not be revoked once granted unless the usage violates my Terms & Conditions.ADOPTABLES———You may gift, trade, or sell any designs purchased directly from me at any price.You may make changes to the design at your discretion, but you may not edit the original artwork.